The Daily Stream: Devil In A Blue Dress Is Everything You Want From A Film Noir Seen Through Fresh Eyes 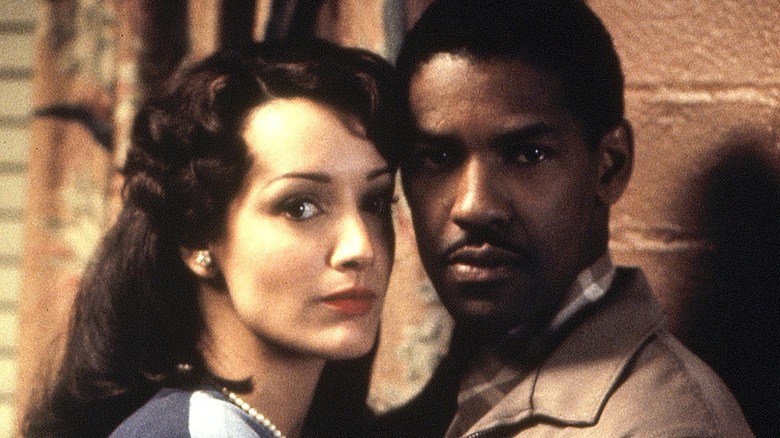 (Welcome to The Daily Stream, an ongoing series in which the /Film team shares what they’ve been watching, why it’s worth checking out, and where you can stream it.)

The Movie: “Devil in a Blue Dress”

Where You Can Stream It: Hulu

The Pitch: It’s Los Angeles in 1948, and Ezekiel “Easy” Rawlins (Denzel Washington) is looking for work after being laid off from an aircraft company after complaining about racial double standards within the company. He ends up meeting the rather shady DeWitt Albright (Tom Sizemore) and getting a gig trying to find a woman named Daphne Monet (Jennifer Beals), the fiancé of a wealthy man running for mayor of Los Angeles. This search sends Easy through the bowels of the City of Angel’s corruption from the bottom to the top, and perhaps, he is being made the pawn of bigger things he doesn’t yet understand about the machinations of the city. Meanwhile, Easy’s former partner and complete loose cannon Mouse (Don Cheadle) reemerges to aid him in his work. Adapted from the first novel in the series by Walter Mosley, “Devil in a Blue Dress” is a classic, beautiful, complex film noir that deserves to be mentioned among the genre’s great works.

The Rarity Of Black Film Noir 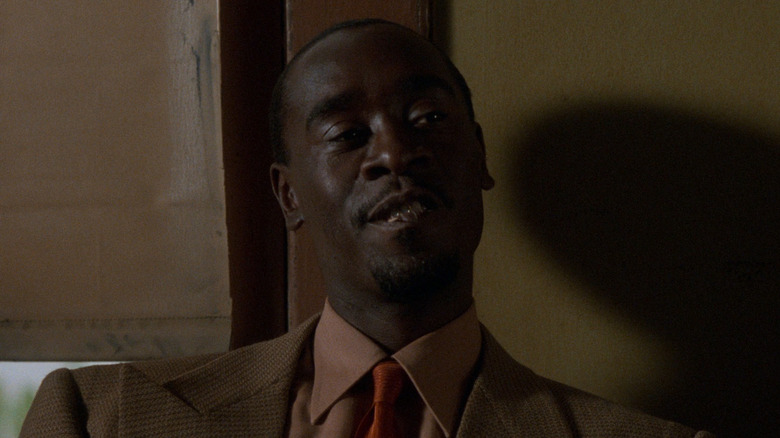 Throughout the history of film, noir has rarely been a genre centered on the lives of Black people. There are a number of works featuring Black faces and places, but they are typically seen through the eyes of a white protagonist. Either they are mingling within that world to show how removed from the typical white society they are or, in a far more queasy way, to demonstrate that the environment they have entered is dangerous. But a Black detective investigating their own world? Almost never happens, and if it does, it’s a neo-noir, where they are set in the modern day without all of the aesthetic trappings that made the genre such a hit in the early days of Hollywood.

“Devil in a Blue Dress” positions its lead sleuth Easy Rawlins as someone who would be a contemporary of Sam Spade or Philip Marlowe, but while the kind of case he is solving sounds like it could be a story featuring either of those characters, Easy’s journey is one that could only exist within a Black community. He is not afforded the same respect or leeway from political officials, the police, and other white heavies that a white private dick would be. Not only do those complications arise, but the entire mystery revolves around things like interracial romance and white passing.

Writer/director Carl Franklin vividly imagines Los Angeles at this time and given the latitude to indulge in the period detail of the clothes, the signage, the cars, the hair, and everything in between. This Black LA community is a vibrant, bustling place that feels like its own ecosystem, and following Easy through it, you get the sense that he knows everyone, everyone knows him, and how that is both a good and bad thing for his work.

Should Have Been A Franchise 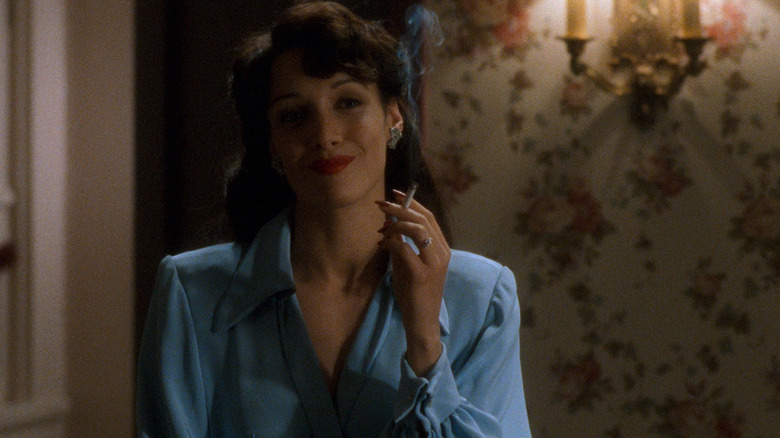 Carl Franklin and the great cinematographer Tak Fujimoto also happen to shoot Denzel Washington more lovingly than he has ever been shot before or since. When he walks down his suburban street dressed in an undershirt and suspenders, he is an Adonis. The same could be said for Jennifer Beals, playing the perfect femme fatale.

“Devil in a Blue Dress” is the first of 15 novels centering Easy Rawlins (the most recent of which came out just last year), and I think it is a damn shame that this film could not be the start of a franchise of the continued adventures of Easy. Carl Franklin expertly dropped us into an endlessly intriguing world with Denzel Washington as the ultimate film noir hero. I would love to see Easy fully embracing the life of a private detective, taking on cases, and seeing what other nooks and crannies of mid-century politics and society he could investigate. Plus, we could see the return of Don Cheadle as Mouse, who completely blows the doors off the screen when he arrives into the story and immediately cements him as a true on-camera force.

Of course, the film’s mediocre $16 million box office gross was going to prevent that from happening. While we may have never gotten the Easy Rawlins franchise, we do have “Devil in a Blue Dress,” and the film we have is about as great an entry into the film noir canon as anyone could ever hope for. 27 years after its release, this kind of film remains incredibly rare. Although, even if we were to start getting a string of period noirs, the chances of them being as well-made, thoughtful, and beautiful to look at as “Devil in a Blue Dress” are basically slim to none.

Read this next: The 14 Best Noir Movies Ranked

The post The Daily Stream: Devil in a Blue Dress is Everything You Want From a Film Noir Seen Through Fresh Eyes appeared first on /Film.